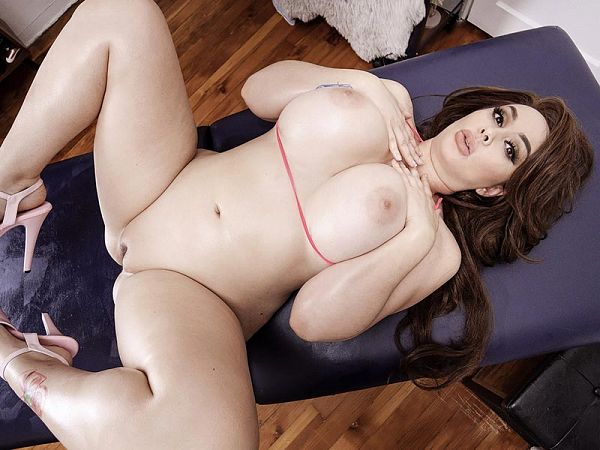 “My most-fun job is my current one,” Stephanie said. “Being an internet thot! Nothing beats getting paid to shake my tits! But also, I love that I get to travel the world and get naked in so many different and beautiful places! Honestly, since getting my tiddies, fans would message me saying that I should shoot for you guys! It wasn’t until someone on Twitter was super-nice and reached out to me saying they could introduce me to you all.

“Usually when I go out I’m either in something super low-cut or more often, just a tight little cropped T-shirt with no bra. It’s cute seeing guys try so hard not to look! I’m guessing it’s either because my boobs bounce so much, or because my nips are usually hard and pretty visible through my shirt or because sometimes my shirt will ride up and I’ll be walking around with a ton of under-tiddie showing without me even knowing! Also when I go out, I’m usually with my husband and I know he really likes it when I show off my tiddies!

“So I’d say I definitely get a lot of attention because of my tits. Now I don’t think it’s nice to openly stare at them while in a conversation with me, but I’m not mad at all when I see guys trying to be sneaky and steal a glance. I mean I understand, they’re big-ass tiddies! I know what they do to guys’ brains!”