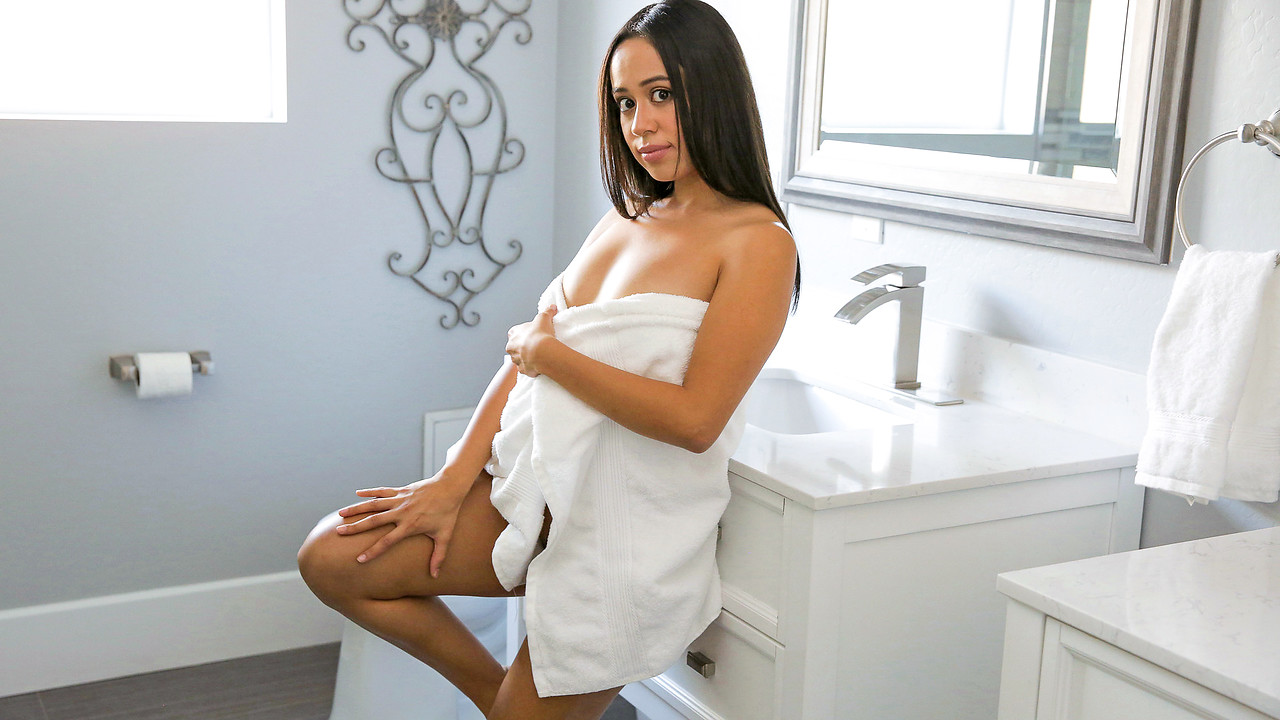 Brown-eyed babe Dania Vega has the hots for Seth Gamble, but Seth’s sister would be pissed if he fucked her friend. That doesn’t stop Dania from wanting to get into Seth’s pants. She tries to entice him, first engineering an opportunity for him to accidentally see her in nothing but a towel, and later by walking to do some laundry wearing nothing but sexy lingerie. When she knows she has Seth’s attention, Dania even shakes that ass to remind him that she’s interested in everything he has to offer her.

Seth manages to hold strong until later, when they’ve gotten together to play a round of pool. They talk as they’re playing and Seth tries one last time to rebuff Dania’s attempts to get into his pants. Dania isn’t having any of it. She turns the seduction up to an 11 and Seth is soon putty in her hands.

Hopping onto the pool table, Dania spreads her thighs and hikes up her miniskirt to reveal that she’s not wearing any panties beneath her dress. Seth doesn’t need much more coaxing before he gets on his knees and starts lapping away at that cream filled delight. Reaching up, he squeezes Dania’s little titties to double down on her pleasure.

Dania gives as good as she gets when it comes to oral sex. Dropping to a crouch, she pulls Seth’s fuck stick to her mouth so she can start lapping away at the head. It’s not long before she has opened wide to start sucking him nice and deep. She keeps it up until she can’t wait another moment to have Seth inside of her. Climbing back onto the table, Dania opens her legs to welcome Seth inside.

Seth finds himself on the pool table next, with Dania straddling his hips. She sinks down nice and slow to enjoy the feel of him inside her at first. Gradually, though, Dania’s bouncing strokes speed up. Eventually, she turns around for a reverse cowgirl ride that really gets her little titties jiggling with the speed.