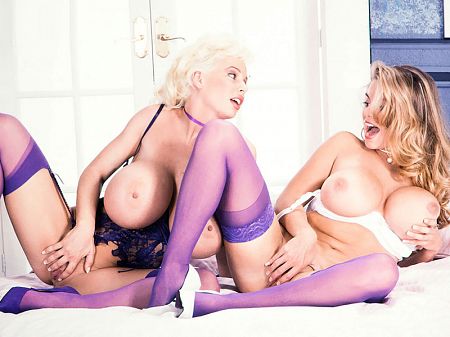 A SCORE Classic from the peak years when the super-busty strippers dominated magazines, videos, strip clubs and TV talk shows. Erica Everest and SaRenna Lee fuck each other with big vibrators and strap-ons in the ladies bathroom.

SaRenna had no interest in shooting hardcore. If other busty SCORE stars did, she was fine with it but it wasn’t for her. Sex with a man was strictly for her private life, not on-camera.