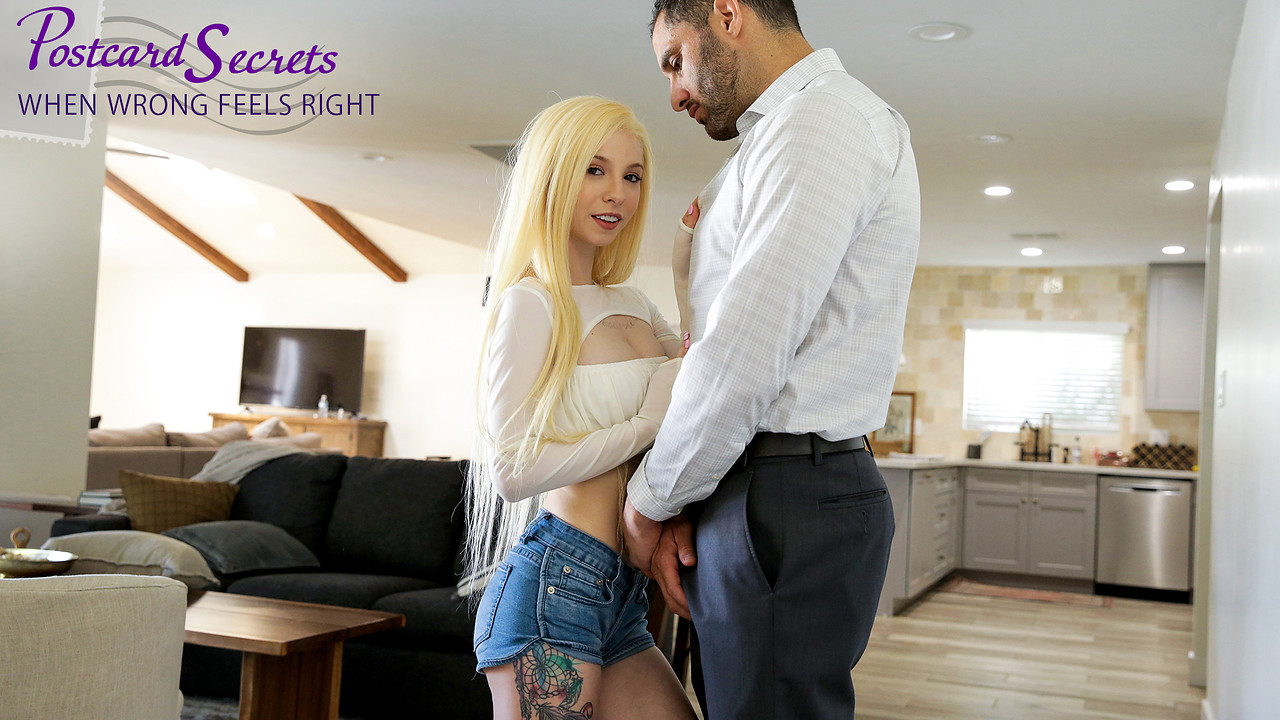 Kenzie Reeves has been seeing Damon Dice, who is married to Kenzie’s aunt. Kenzie couldn’t care less. She wants Damon and his big dick, and she’s not about to take no for an answer. After receiving a series of increasingly sexy chats from Kenzie, Damon comes over with the intention of breaking it off with his step-niece. Too bad that Kenzie isn’t ready to let Damon go.

Once Kenzie has made it clear that their fling is still very much on, she pushes Damon onto the bed and pops his cock out. Damon can’t help but be hard for his step-niece’s sweet nubile body. Kenzie takes advantage, stroking and sucking Damon’s fuck stick.

When she has had enough ball sucking and deep throating, Kenzie gets to a kneeling position. Shoving her thong out of the way, she rubs her pussy up and down Damon’s man meat before raising her hips and taking him all the way inside. Her greedy snatch is nice and wet, a tight glove that gets Damon even harder as Kenzie rides him.

Kenzie rolls onto her belly in the bed next. Damon is no longer in doubt about taking what he wants from his hot little niece. HE laps at her pussy from behind and then dives balls deep into her cream filled fuck hole. Kenzie moans long and loud as Damon takes her from behind and fills her to the brim with his big one.

Kenzie climbs aboard for a reverse cowgirl stiffie ride next. Lifting her legs into the air and holding her ankles, she shows off her flexibility much to Damon’s delight. As Kenzie does that, Damon wraps his arms beneath those thighs and goes to town pounding away. Kenzie can’ stop moaning, especially when Damon flips her over and continues to give it to her hard.

When Kenzie has gotten off one last time, Damon pulls out of her hot little sheath. Reaching down, Kenzie strokes Damon until he blows his load all over her stomach. Licking her fingers clean, Kenzie rests secure in the knowledge that her step-uncle remains putty in her hands.