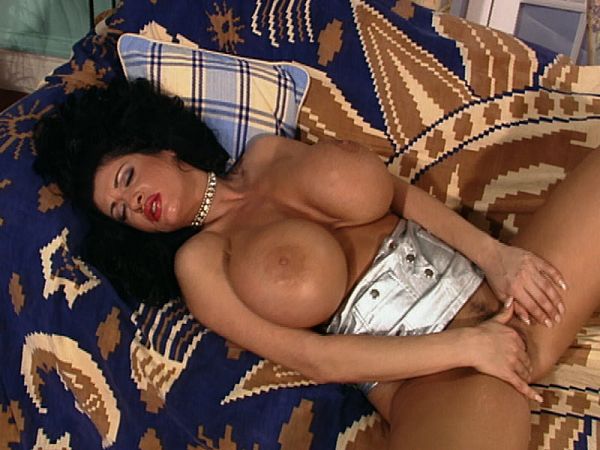 There’s a lot of giggling and some wildly swinging camera movements in this raw, uncut footage that would normally be removed by an editor. It begins like many solo videos, with Penelope looking at the pictorials of the girls in April 1997 SCORE magazine, getting turned on and opening her top to oil and rub her huge tits. As the shoot moves along, Penelope works her way south to finger her pussy. She made her magazine debut in the September 1997 edition.

“I used to be with the duo Fire & Ice,” Penelope told the editor of SCORE. “And then I outgrew the team with my chest. So I needed a name. First, it was going to be Penny Pillows but then my agent said, ‘I’ve been wanting to use this name for years and nobody has the balls to use it.’

I said, ‘What is it?’ And he told me ‘Penelope Pumpkins.’ I started laughing and said ‘Hell, no!’ Then, I thought about it for a couple of weeks, asked a couple of features and everybody loved it.”