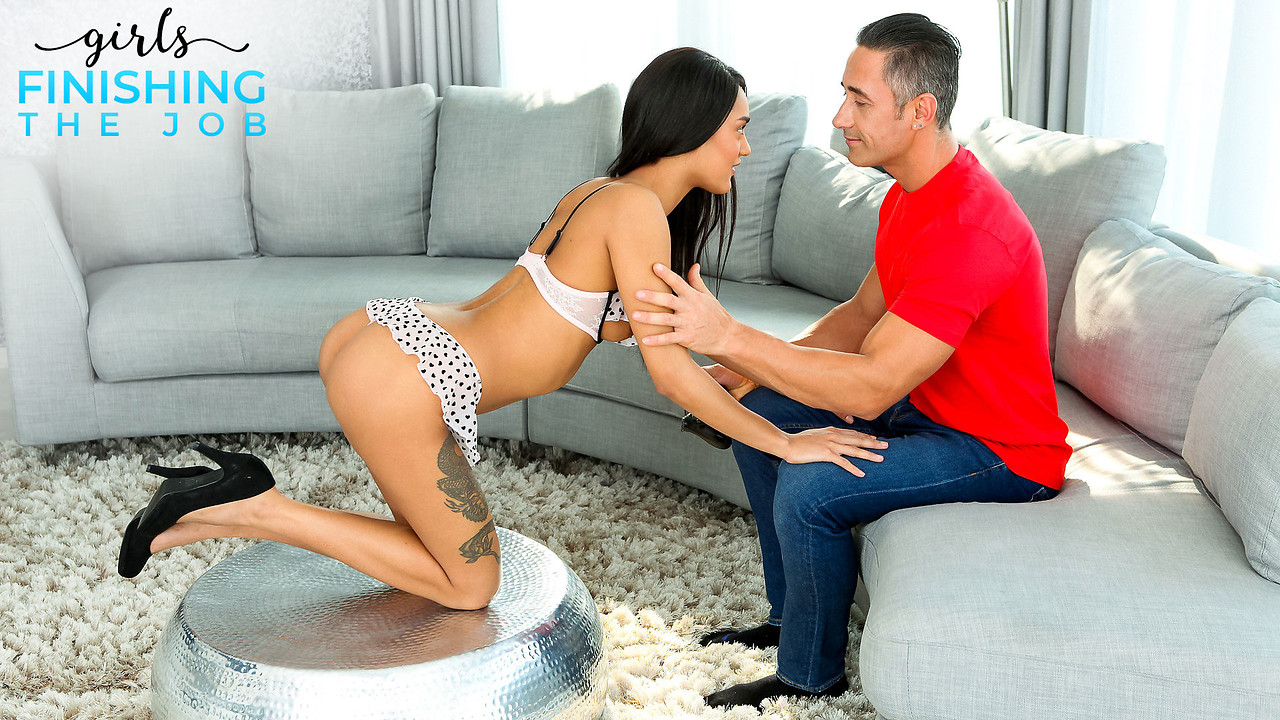 If you were Murgur and you had to choose between a hottie like Capri Lmonde and a video game, what would you do? Murgur just wants to chill out after a long game, but Capri has other ideas. Decked out in hot lingerie and high heels, she struts across the room and gets between Murgur and his game. She takes the controller, then makes it clear that she is, in fact, the one in control of the situation.

It would be impossible for Murgur to not be hard with such a hot young thing dressed to provoke him into an erection. When Capri pops Murgur’s hardon out of his jeans, there’s plenty for her to play with. Stroking the shaft and sucking the tip, she dives nice and deep with her mouth, making sure to indulge in plenty of ball sucking along the way.

Now that Murgur has nothing to distract him, he’s all for seeing to Capri’s pleasure, too. He pushes her onto the couch and kneels between her thighs. Spreading Capri wide open, Murgur slides her thong aside and laps her clean of her sleek juices. When he finds Capri nice and wet, Murgur doesn’t hesitate to take his cock and guide it deep into her greedy snatch.

Just one position will never be enough for Capri. She gets Murgur to take a seat, then she climbs on top of him and slides down on his fuck stick. Leaning back so she can deliver deep kisses to Murgur as she bounces away, Capri delivers one hell of a reverse cowgirl stiffie ride that leaves her moaning in delight. She hops off the D long enough to suck her own juices off, then re-mounts Murgur for a cowgirl recap.

When she winds up on her side with one leg in the air, Capri makes her deep pleasure clear as Murgur takes her in a spooning fuck. The position lets Murgur’s hands roam free across Capri’s chest so that he can work her breasts and hard nipples. He can even take his time feasting on Capri’s long slim neck as she leans back into the delectable pleasure.

Capri isn’t quite satisfied yet, even though she has already been well pleasured. She gets onto her hands and knees so that Murgur can give it to her in doggy. Her long hair spills over her shoulder in a lovely waterfall as Murgur takes her up on her invitation. Delving as hard and deep into Capri as he can, Murgur milks her of moans and a big O.