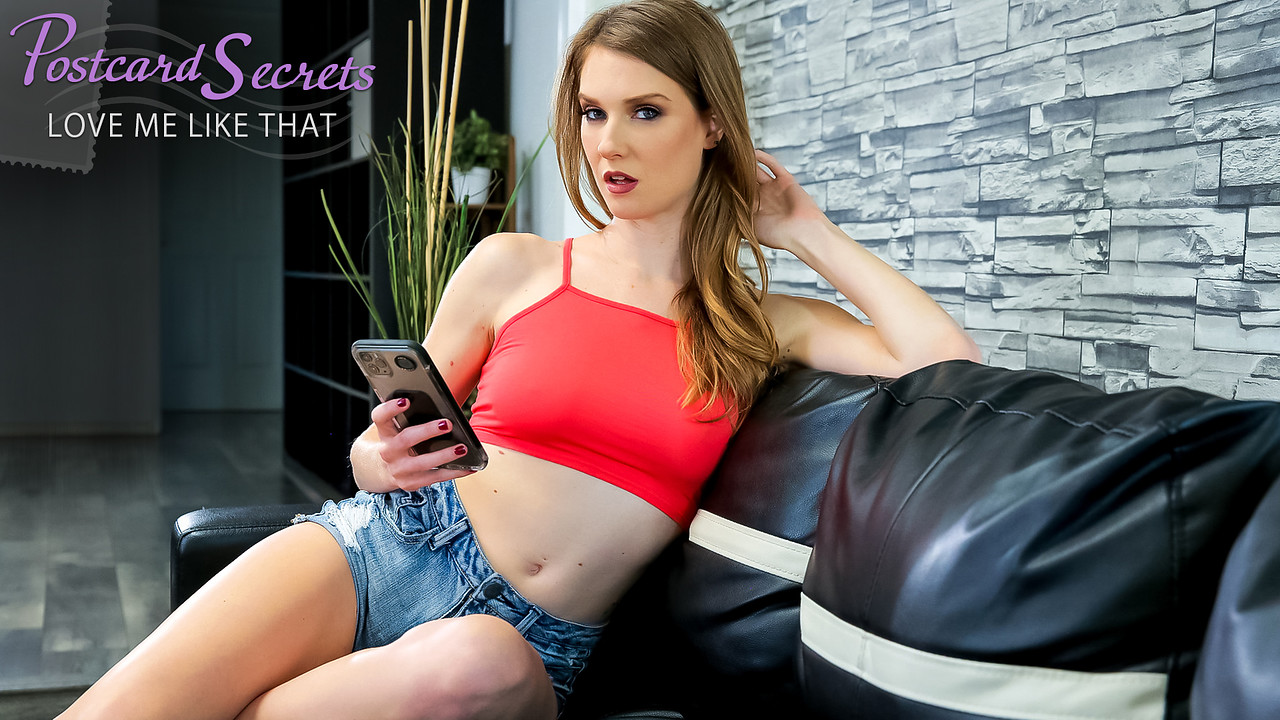 Ashley Lane and
Will Pounder.

It’s not that Ashley Lane doesn’t trust her boyfriend, Will Pounder. She just happens to find his phone when it’s ringing. Once she has answered the call, she can’t help her curiosity as she browses on his phone. Imagine Ashley’s surprise when she finds videos of Will fucking old girlfriends.

Ashley can’t believe her eyes, but she manages to hide the evidence of her snooping before Will catches her in the act. She tries to move on, but she can’t stop thinking about what she saw. The more she contemplates it, the hotter Ashley gets. It takes a day or two, but she eventually goes looking for Will’s phone so she can check out the videos once again.

This time, Will catches Ashley in the act of rubbing her pussy as she watches the videos. He’s upset, but Ashley feels justified in being upset that Will still has those videos. Eventually, they reach a resolution: Will is gonna fuck Ashley like he did his ex-girlfriends.

Laying Ashley onto her back, Will makes himself comfy between her thighs. He hikes up her miniskirt and tugs her panties aside so he can go to work with his tongue. Pulling the top of her dress down, Ashley cups her tits and fondles her own nipples as Will gives her pierced clit a thorough tonguing.

When Ashley climbs off the D, she gets down on her knees and feels Will’s hands close over her hips. Holding himself in place, he slides back home into Ashley’s wet snatch. Ashley’s position lets Will dive deep, eking moans of pure delight from his girlfriend’s lips as she imagines all the girls Will has pounded before.

Flipping Ashley onto her back, Will lifts one of her legs and resumes pounding away. He gives it to Ashley as she mewls in pure delight, making sure she’s had all the pleasure she can handle. Pulling out, Will lets Ashley wrap her hand around his cock and tug him off until he pops all over her smooth bald twat.