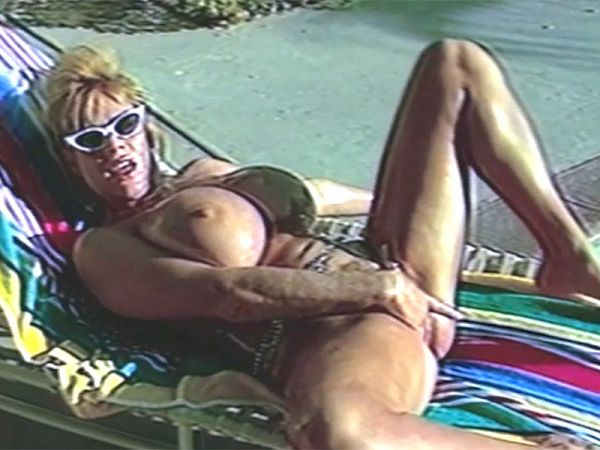 In this video, mega-busty exotic dancer Joey Karson is in Palm Springs, California, and when a girl like Joey went to Palm Springs, poolside photo shoots were a must. The area was a popular place for renting houses to photograph showgirls in the early 1990s. Lots of privacy and high-desert landscape made for a great backdrop.

We also get to see a behind-the-scenes group photo shoot of Joey with Zoryna Dreams, Wendy Whoppers and Lisa Lipps. At the time, Lisa was using the stage name Starry Knights.

Joey is mentioned in the book Tales of Times Square, a well-written account of that wild area by Josh Alan Friedman. She passed away young at 38 in February, 1998.