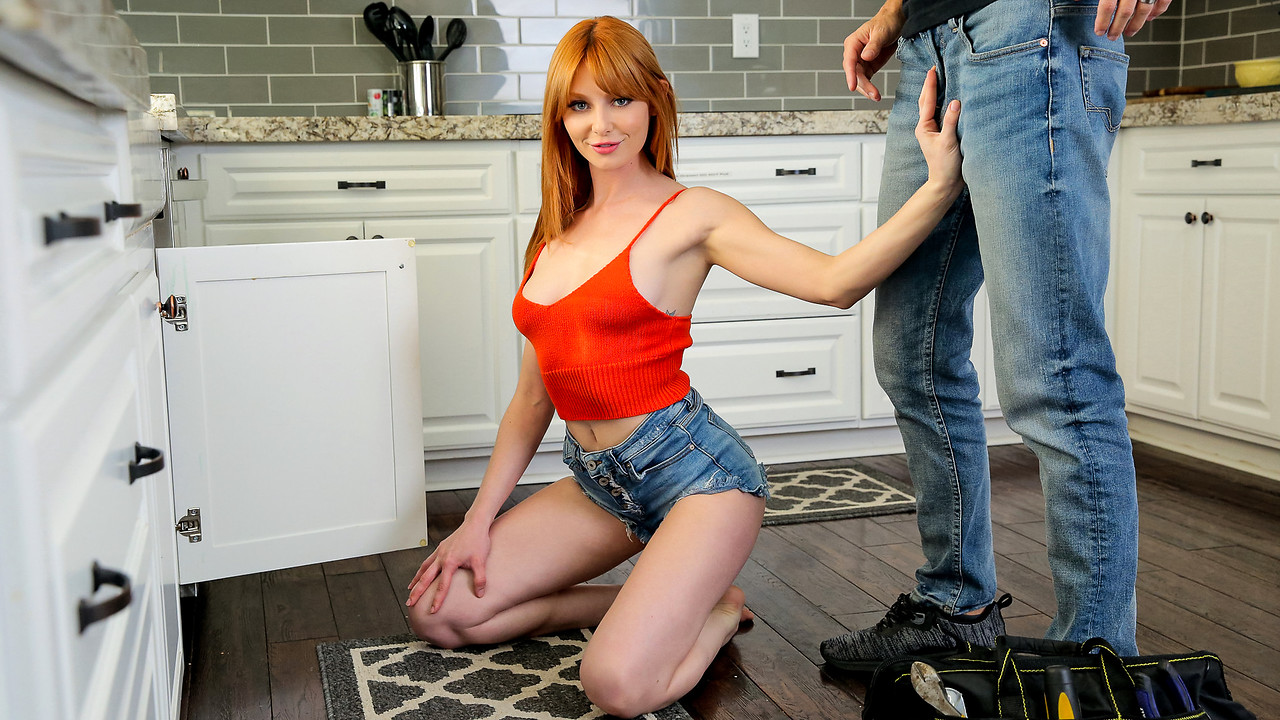 Once Lacy is as decent as she’s going to be getting, she guides Ryan to the sink. Getting on her knees to show off her issue, Lacy wiggles her ass to encourage Ryan to get nice and hard for her. When he response as any red blooded man would, Ryan allows Lacy to pop his hardon out. With a smile at the nice long cock she sees, Lacy takes Ryan’s hand and guides him to the bedroom for some fun.

On her back in the bedroom, Lacy spreads her thighs so that Ryan can go to town lapping away at her creamy pussy. She fields a phone call with her boyfriend and tries to hold the moan as Ryan keeps her party going. By the time Lacy hangs up, Ryan is ready to slide his dick home into her greedy muff.

That still doesn’t do it for Lacy, even when Ryan leans in for some light breath play. Flipping Lacy onto her knees, Ryan enters her from behind. A doggy style pussy pounding gets Lacy closer to her ultimate goal, but not quite there

When Ryan lays down on his back and pulls Lacy on top of him, she finally starts to believe she may find her release. Her lusty twat begins to twitch as she rides her maintenance guy. Finally satisfied, Lacy slides off the D and strokes Ryan off until he gets to enjoy a climax of his own all over Lacy’s trimmed snatch.