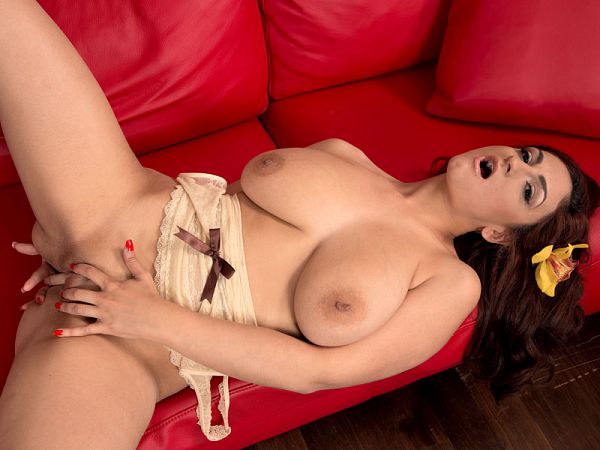 Sandra Milka likes fucking in public. Is it the fact that she might be seen by random strangers? Is it the danger and the chance of getting busted? She said she’s fulfilled all her sexual fantasies.

Raised in ultra-conservative Spain, Sandra’s boobs began to sprout when she hit 16. “I usually wear a bra,” said Sandra. “I can buy them in normal shops. I don’t need to have anything special done to them. Guys ask me if they can go with me when I buy clothes and underwear. They want to fuck me in the dressing room.”

Sandra has “Spanish Eyes.” She likes to eye-bang the camera. That’s not quite the same as just looking into the lens.