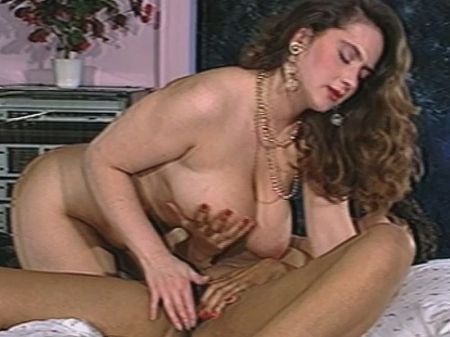 Please note that this video has tape damage that was not repairable.

In this shoot from 1990, Donna and Justine have a Lesbian love-fest in that very British way that’s natural, gentle and realistic, with hairy-pussy tonguing and nipple licking.

Donna is the ageless Donna Ambrose, the famous English Page 3 beauty who’s still modeling to this day. Also known as Danica Collins, Donna started posing at the age of 18. She’s done some tit-wanking in recent years but not full-sex hardcore, to our knowledge.

Justine was a student from the north of England. In some magazine layouts, she was called Barbara Queen. Voluptuous and curvy, Justine did not model for very long. So here we have two attractive, busty girls, one who only modeled for a short time and another who is still modeling 30 years later.