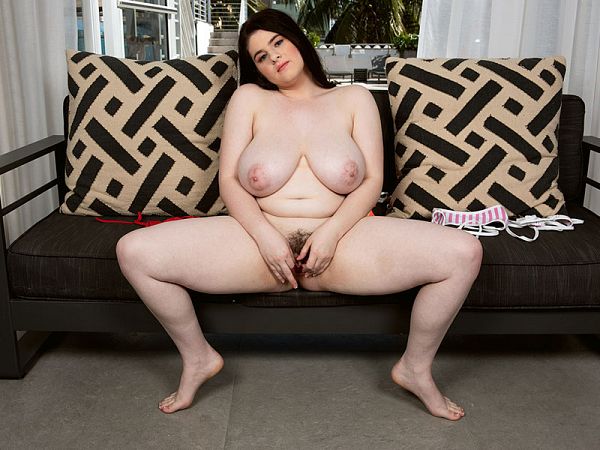 Wow! What a babe! What a body. A real charmer. Diana Eisley has it all and she enjoys showing it all. And that only happened because of a random event. Lucky you. Girls like Diana make it all worthwhile. Today is a poolside and sunbathing day, but first Diana wants to try on her new bikinis. She goes inside with a handful of swimsuits designed to show maximum skin.

“I was fifteen when my body began to develop,” Diana said. “I did gymnastics. I had actually quit for a year to concentrate on school, then I came back after a year and I had boobs. I had to wear a very tight sports bra.

“I’ve learned to respect my boobs and be happy with them, but I was a gymnast, and to be perfectly honest, I didn’t really like them for the longest time. They got in my way for everything. I do remember I had to adjust with how I sat because I used to lean forward, and that’s really not a good thing to do when you have big boobs.”

Everything ultimately worked out in the end and that’s a great thing for Diana and for The SCORE Group. She lights up a room just by walking into one.