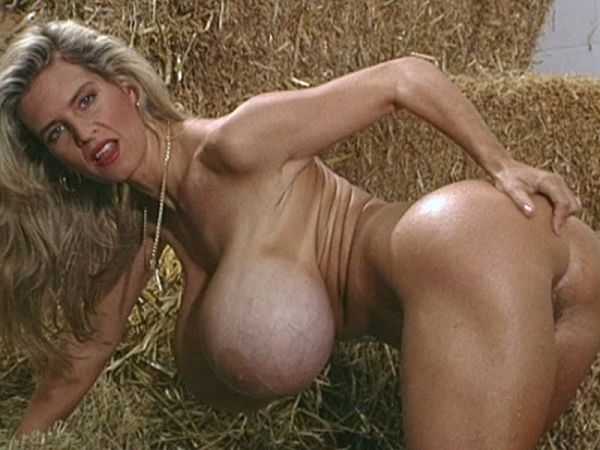 Busty Dusty, one of the most-famous SCORE Girls of the 1990s, debuted in May 1993 SCORE magazine. She was the covergirl, dressed in a fantasy football uniform, her fingers covering her nipples, and was interviewed by Pat Brooks.

This scene of Dusty dressed in an English riding uniform shot in the UK is arguably the best known and remembered of her pictorials. It was published in the April 1995 issue with Dusty again on the cover. A second interview was conducted by SCORE‘s editor at the time. The February 1995 edition of SCORE had reported that Dusty would soon be quitting modeling while continuing her dancing for a few more years, so in this second interview, the editor wanted to get the story about this news and telephoned her while she was in London.

“It’s really because I’m just human and I’d like to be moving on to other things now,” Dusty told him. “I’ve had a good run at dancing and modeling, but it’s just time for me to lead a less hectic life. The truth is, I don’t like to do photo shoots because I get very bored. I’m an impatient person. Not in a bad way, mind you, but because I like to be moving. I can’t sit still. So, I’ve done as many photo shoots as I need to do and I’ve basically decided that in the near future I’m going to retire from the business altogether. It depends on my mindset, but definitely no more than two years. I could stop tomorrow, or I could stop in a year. The important thing is I’m going to stop entertaining and that is very imminent.”