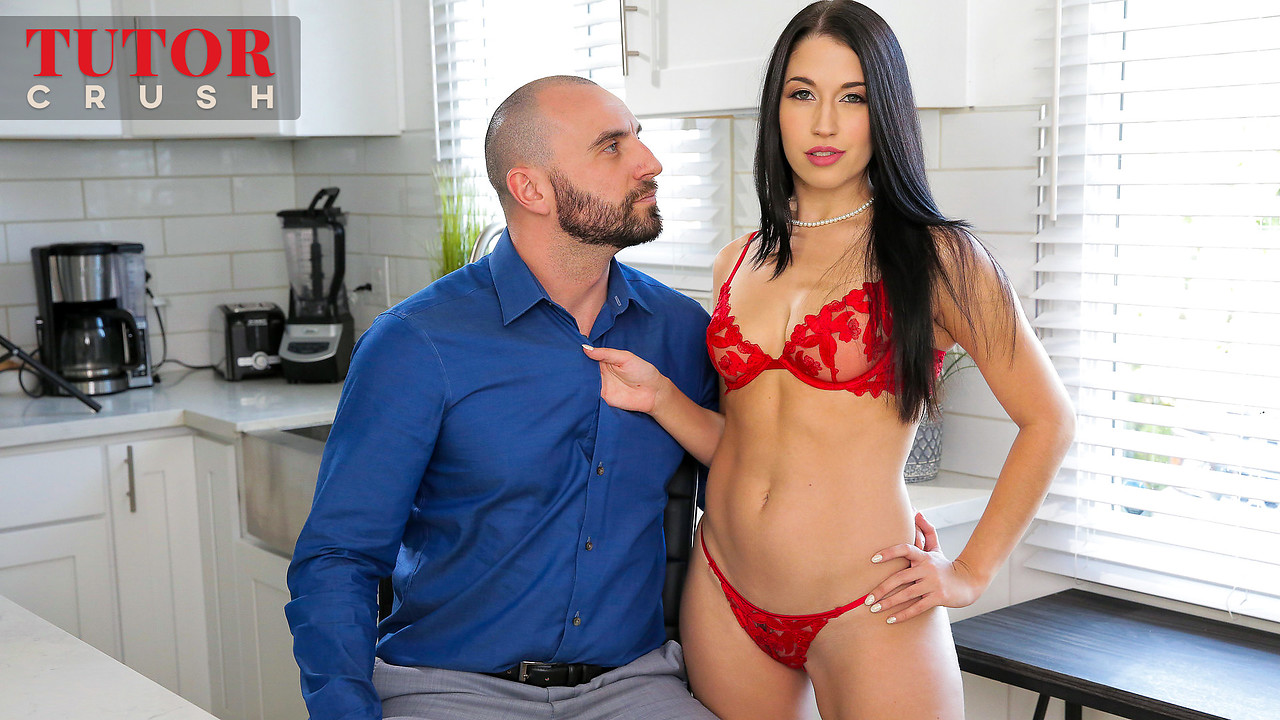 Alex Coal (or Miss Coal as her students call her) is a teacher by day, but the pandemic has hit hard and she needs some extra cash. This hot teach has decided to put herself out there as a sex object. She’s gotten plenty of attention, and her fans especially like it when she starts her content off dressed in her buttoned up teacher getups.

Today, Alex logs in and does her thing, stripping down with plenty of hip sashaying action. Her glasses come off, followed by her tight sweater. The sheer lacy bra underneath leaves very little to the imagination. Same with the thong that’s hiding under her tight skirt. All of that is just the teaser for Miss Coal’s fans, but today, Alex is ready to take her profile to the next level.

Pulling out her phone, Alex texts Stirling Cooper, who happens to be one of her students’ fathers. Stirling agrees to head over for a booty call, but it’s only when he sees Miss Coal in person that he realizes who she really is to his kid. Stirling tries to disengage, but Miss Coal makes it clear that Stirling can either fuck her or watch her flunk his kid. There’s only one obvious choice.

Dropping down to her knees, Alex makes sure that Stirling is able to seal the deal by sucking him to hardness. His cock is quickly ready and raring to go, but Alex isn’t about to cut her BJ short. She loves him with her mouth as she slips out of her bra. Only when she is satisfied with sucking cock does Alex climb onto the counter so that Stirling can return the favor of oral sex with a pussy feast of his own.

Getting to his feet, Stirling guides himself into Alex’s tight warmth. The kitchen island is the perfect height for him to stand there as he fucks her. Alex eventually turns onto her side, lifting one leg to rest against Stirling’s body so that she is totally open to his hardcore advances.

Sliding off the counter, Alex stands on one leg in a hardcore balancing act. Stirling takes her from behind, shoving deep as Alex’s moans fill the room. He pounds away at that greedy snatch filling her up and stretching her out in the most carnal way possible.